Place de la Bastille is the historic location of a prison that was stormed by French citizens on July 14, 1789, which is now called Bastille Day.

At the centre of the square is a 51 meter high column called the Colonne de Juillet.  The statue at the top of the column is called the "Genius of Liberty". 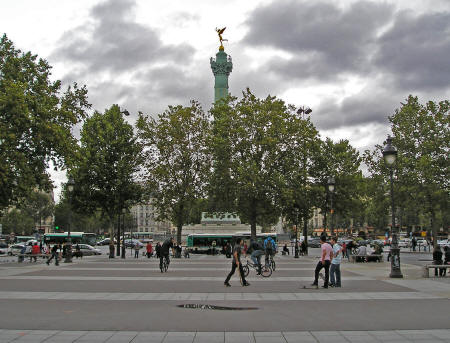 This monument is dedicated to the hundreds of people who lost their lives on that day in July and to others who died in the 1848 French Revolution.