Luxembourg Palace (Palais de Luxembourg) is a gorgeous French chateau located in Paris France.  It was built between 1615 and 1627 for the widow of Henry IV.

Today the palace is home to the French Senate - one of France's two houses of Parliament.  The other house in France is the Assemblee Nationale. 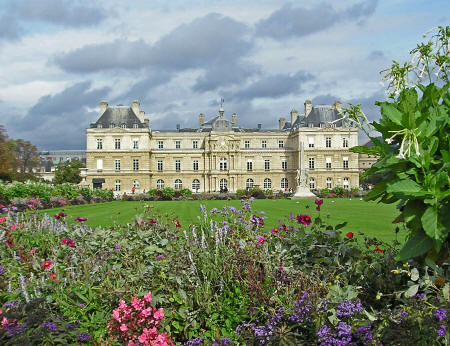 The Palace is situated directly south of the Louvre near the Quartier Latin.