The National Assembly or Assemblee Nationale is one of France's two houses of Parliament.  It is located in the Palais Bourbon (palace) which was constructed in 1722. The other house is the French Senate.

Each of the 577 members are elected in a French constituency.  The government body is presided over by a president, normally elected from the largest of the political parties represented in the Assemblee Nationale. 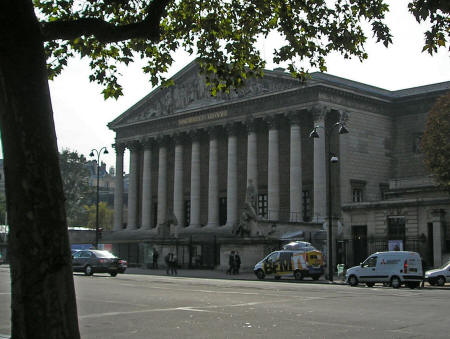 The French National Assembly is located in the Palais Bourbon across the Seine River from La Madeleine Church.