The Mary Magdalene Church (Eglise de la Madeleine) is a beautiful structure in Paris. The neo-classical building was built over period of years dating back to the mid 1700s.

For the most part, however, the building was erected by Napoleon in the early 1800s as a memorial that was called the "Temple to the Glory of the Great Army" (Temple de la Gloire de la Grande Armée). 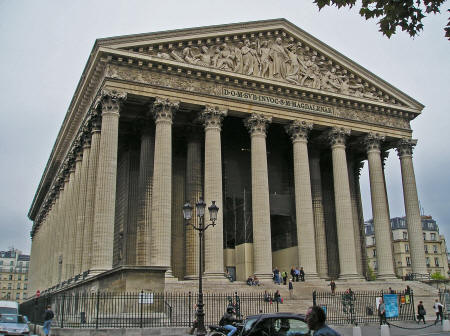 The design of the building was based on the Roman Pantheon.