The high-speed trains run under the English Channel through the 32-mile Channel Tunnel (also called the "Euro Tunnel" or "Chunnel"). 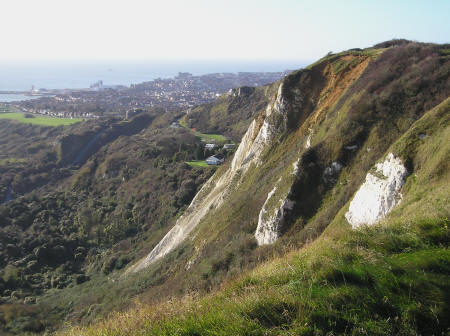 The Eurostar rail service departs from the Gare du Nord station in Paris and runs through the Channel Tunnel before surfacing in England near the white cliffs of Dover.

Train terminate at the St. Pancras Station in London.