The Pantheon was originally built as a church dedicated to St.Genevieve. It later became the funerary "Hall of Fame" for the French nation.  The Pantheon building itself represents a fine example of neoclassicism.

From the top of its beautiful dome, visitors can enjoy a panoramic view of the city of Paris. 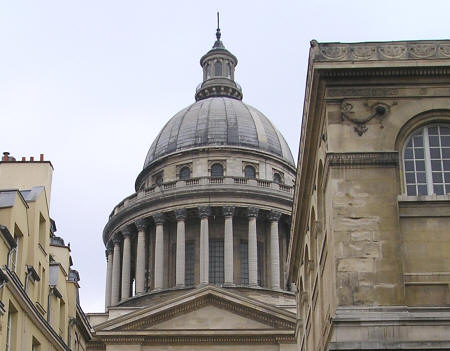 The Patheon is located in the Latin Quarter of Paris France, not far from the Jardin de Luxembourg and the Sorbonne.